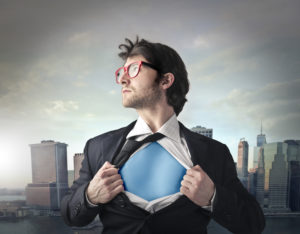 The internet is absolutely packed full of blogs, articles & resources about how to interview candidates.

You can ask brainteasers or competency questions, hire for cultural fit or based on hard skills, you can even set ridiculous tasks to throw them off their game.

In fact, it’s a bit of a mind-boggle.

So, this week, we’re going back to basics…

What do you actually NEED to know? And what questions MUST you ask?

Q1. Did you see the football last night?

I’ve always found that starting an interview with a meaningless ice-breaker does wonders for the candidates, warming them up and putting them at ease.

And that really is the aim of the game.

You’ll learn so much more from a calm, collected candidate, than a frustrated bundle of nerves.

OK – not everyone will have watched the football, but you get the gist… start with a simple non-challenging question.

Q2. Tell me something about you that isn’t on your CV?

A CV is only part of the story (the boring part).

This light-hearted interview question will encourage interviewees to open up and reveal something a little more personal, giving further insight into their character, ethics and ability to fit into your team and company culture.

I’d recommend asking this question earlier on in the interview – if you’ve already talked about and uncovered a lot about them, your candidate may struggle to come up with something new.

NB: this isn’t necessarily an easy question and some candidates will trip up on it, especially if they’ve filled their CV with everything. You might just uncover some weird and wonderful facts!

Don’t be too harsh and if your candidate looks uncomfortable or struggles – remember what we said earlier – try and put them at ease! (Click here to check out some easier “cultural fit” questions).

Q3. Why did you apply for this job?

Are they looking for new opportunities? To break into the industry? Do they just love your company?

Or do they struggle to get on with their current boss? Are they desperate for any job, to help them escape?

Now obviously, most candidates won’t be overtly negative, but that’s where investigative questioning and a little bit of intuition comes in – do they seem suspicious when they answer? Do you think they may be lying? (Click here to check out some body language warning signs to help you with this).

You’ll also learn how well a candidate has prepared for the interview.

Think about it, a well-prepared and committed interviewee will be able to rattle off a great answer about your company, the role and the industry.

An unprepared candidate is likely to reel off a wishy-washy cliché.

Q4. When I call your boss, what will they say is your weakness?

I still think ‘What is your greatest weakness?’ is one of the most difficult interview questions one can ask, mainly because candidates are still pretty clueless about what’s expected from them.

But if you actually want to hear the truth and not a terrible cliché like “I’m a huge perfectionist,” all you have to do is threaten to catch them out.

Sounds harsh, I know. But it is a great way to get an honest response.

Everyone has weaknesses; we should embrace and improve upon them.

(And of course, you don’t actually have to ask their referee!)

You can adapt this tricky interview question to find the truth out about anything you really want to know.

Q5. When was the last time you worked as part of a team.

Teamwork is vital for pretty much every job, senior or entry-level.

Competency questions (albeit clichés) like the one above do work exceptionally well to predict how a candidate will react in the future, based on their past.

But, you do have to do your own digging for the specifics…

Keep asking till you’re satisfied with their answer.

If it seems difficult for the candidate to recall their story then this could imply that they’re fibbing or exaggerating.

Q6. What was the best idea you had in your last job?

We’ve always found that creative thinkers are the most proactive and innovative staff members, hence why I always slip this competency question into the interview.

But again, you’re going to have to do a little digging…

From tiny little changes, to huge overhauls, you’re looking out for candidates who can solve problems, rather than cause them.

Q7. Tell me about a time when you took a leadership role.

Granted, you may not be hiring someone for a managerial role right now, but you should always consider their future and potential within the company.

Hiring and nurturing potential leaders and then promoting from within is often cheaper, improves employee engagement and thus, enhances productivity.

Leaders can inspire, motivate, influence and negotiate with other people.

Q8. Tell me about a time when you knew you were right but had to follow instructions to the contrary.

Renegades are often romanticised in the media, but believe me, it can be unbearable working with someone who refuses to take advice or direction.

Good employees will approach managers, at an appropriate time, to voice their concerns but if instructed to, will get the job done regardless, encouraging others to do the same.

Q9. What annoys you most at work?

This is a little curve-ball I love to sneak into interviews.

But I’ve also heard some really worrying responses like ‘I don’t like talking to clients’ or ‘my boss.’

You’d be surprised what candidates reveal when they’re put on the spot and you can use their answer to assess whether they’ll fit in with your team, warts and all.

Q10. Have you got any questions for us?

Pretty much every candidate will be expecting this and therefore should have prepared at least one good question.

Great, passionate candidates will be bursting with questions about the company, the role, the culture and the industry, showing off their research skills and genuine commitment to you.

Others might ask about money, perks and holidays, revealing more fickle motivations for applying.

So… hopefully, using this technique, you’ll find a friendly, honest, passionate, committed and creative leader, who’s willing to take direction and works fabulously as a member of a team.

Now, I’m not saying that this is the be-all and end-all of techniques … but it could be a helpful template for you to base your interview on!

You never know until you try it!

[…] your interview process to be as easy, efficient and effective as possible, using a combination of the basic interview questions, some personality questions and some competency […]