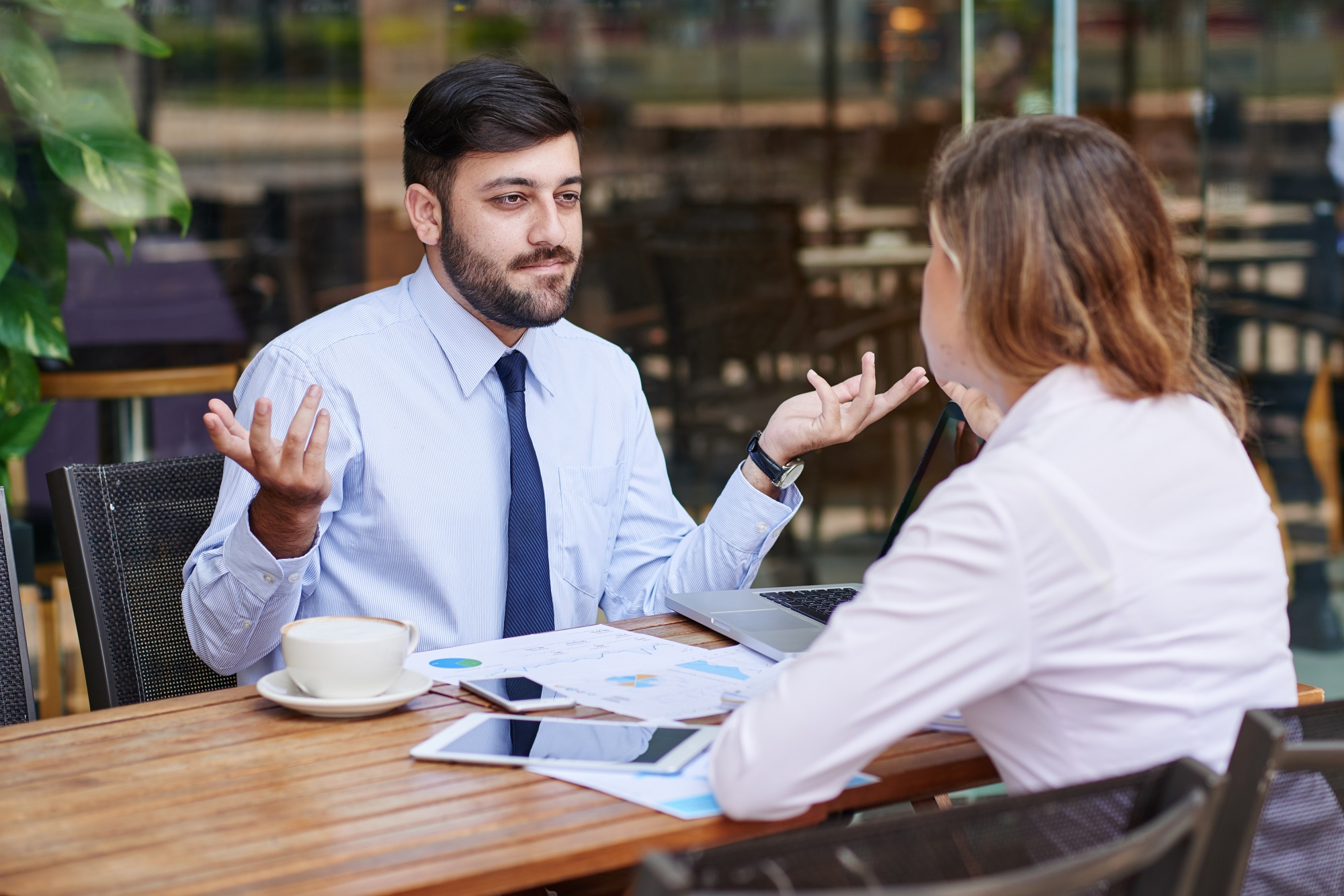 The most annoying thing recruiters have to deal with is an uncommitted and time-wasting job candidate.

You know who I mean; the ones that seem really interested in the role, say all of the right things and then at the last moment, when you offer them the job, they decide they’re not interested.

It’s so annoying and common, in fact, that many recruiters (including ourselves) have started asking targeted questions, to find out whether someone is actually really serious about the role.

Or whether they’re likely to flake further down the line!

So if this is the kind of thing you’ve had issues with in the past, then here are the kinds of questions you could (and should) be asking.

“So, what aspects of the role do you think you’ll like? And which will you dislike?”

Ok, this is kind of a cruel question!

But it will give you a little bit of insight into how much the candidate will actually enjoy the role once they start. And whether they truly understand what they’ve applied for.

If they’re excited about the bits of the role they’ll be doing quite often, then that’s great. But if they’re not (and even say they’ll dislike those bits) then they’re going to have issues.

The perfect candidate will remain positive about all aspects of the role (no complaining) but will show passion for the bits that will be their main responsibilities, in particular.

For example, a great answer for a customer service job would sound like:

“Well, I love the social aspects of my job so I’m really looking forward to getting to know and building relationships with customers and helping them with anything that might crop up. If I’m honest, I don’t particularly love filling in paperwork, but I do so much of it at the moment, it’s become second-nature.”

Light-hearted and balanced answers like the above show that they understand that there are some parts of the role that they may not love, but that’s life. It also shows that they actually understand the role and what it entails (warts and all).

“If we offer you the job, how long do you think you’ll stay here?”

Now, obviously, you don’t want to hire someone who’s going to show up, get trained and then waltz off to another company – or go travelling etc.

So this question may just reveal whether they’re serious or not.

(Of course, they could just fib, which is why it’s important to keep an eye on their body language too while they answer all of these questions).

“I’m looking to settle down somewhere where I can see a future for myself and unless circumstances change, I’d like to think your company is the right one to offer me that.”

You don’t want a candidate who just says “forever” as this is a bit unrealistic. People grow and circumstances change, it’s ok, that’s life.

Use your gut with this one.

Are they really that serious? Do they genuinely seem passionate about the role?

Is their body language excited and passionate or resigned and nonchalant?

You’re looking for someone who is genuinely interested in progression, but who is also ready to settle down and stick with your company.

“So why do you think this job would be different/better than your current job?”

This is a good question because it should reveal why the job candidate is actually looking for a new job in the first place.

They must have a reason for wanting to leave and they must think that your company would be better for some reason.

Perhaps they’re just looking for more money or a promotion, but why at your company? What made you stand out? Or are you just one of the ones who got back to them?

You want a job candidate who has researched the role and your company and who is genuinely interested in becoming a part of it.

If they can’t give any reason, then there’s a big chance they’re not really that bothered; perhaps they’re just looking for any job they can get or maybe they attended your interview on a whim.

Worst case scenario, they’re leaving their current position because of something untoward.

“Well, I’m hoping to join a more creative team who are always looking for new opportunities and ideas and having looked at your website, social media and now having met some of the team, I feel like your company is the right place for me.”

Some candidates may shoot themselves in the foot.

They may admit that they’re desperate, they may start badmouthing their current employer or they may say they’re looking for something you can’t actually offer them (like opportunities for progression).

It’s really important that you don’t hire someone if you can’t offer them what they’re looking for. You will just end up losing them in a couple of months and having to find someone else new!

What you’re looking for is someone in-between; a balanced answer that reflects some of things the new role will offer.

“I loved the rest of my team. We all got on really well and there was a lovely atmosphere.”

This is a great answer because it shows that they get on with other people very well and value good working relationships. And hopefully, your team also get on very well…

“What do you know about the company?”

Another way to test a candidate’s commitment is to see how well they prepared for the interview.

A committed, passionate and proactive job candidate will have taken a lot of time, prior to the interview to find out more about the company. So the above question, along with the following…

…should be easy-peasy for them to answer.

If your candidate gives a generic answer that doesn’t really tell you anything about your business (that isn’t immediately obvious) then it’s pretty obvious they’ve not done their research.

And if they haven’t done their research, are they really passionate about getting the job?

It can be really frustrating when you lose a candidate, last minute (especially if you’ve actually gone to the trouble of making them an offer).

But look on the bright side!

At least you didn’t hire them, train them and then lose them after a couple of months. That would be much more frustrating (and expensive!)

Learn more >>
2534199
1/8
So you want to start recruiting? We'd love to help. Firstly, could you tell us what role you're looking to fill?
2/8
<< back
Where will the role be based?
3/8
<< back
What basic salary are you looking to pay?
4/8
<< back
Why are you recruiting?
5/8
<< back
How quickly are you looking to recruit?
6/8
<< back
Is this vacancy confidential?
7/8
<< back
We'd love to talk to you and explain how we can help. What's the best way of getting in touch?
8/8
<< back
Give us your contact details and one of our team will be in touch within 20 minutes.
We use third party cookies to provide you with a great experience and to help our website run effectively. By using this website you agree to the use of cookies. Privacy and cookie policy.