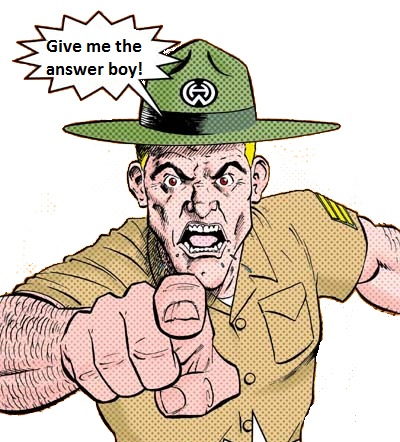 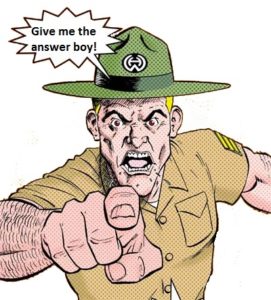 It’s natural that when you are preparing yourself for the big job interview that your focus will be on perfecting your own performance.  From looking the part to ensuring that your handshake is firm, you want to walk into that interview giving yourself the best possible chance of success.

But when you are preparing for the interview you need to also think of the person who is going to be doing the interviewing.  You may be unfortunate enough to be lumbered with one of a million inexperienced interviewers and it’s vital that you can spot the signs yet still manage to give the best possible account of yourself.

I remember one particularly awful interview with a young inexperienced recruiter who took notes and didn’t look up for the entire interview. I was subsequently offered the job, but turned it down after thinking there was absolutely no way I could work for somebody so rude.

I’ve listed below the 5 types of worst interviewers and a few tips on how to handle them:

The golden rule of interviewing is to let the candidate do the majority of the talking.  Experienced interviewers know what they are looking for and will ask a question and then leave it to the candidate to impress with their answer.

The antithesis to this is ‘the Talker’ who will try to mask their inexperience of conducting interviews by babbling on endlessly to the extent that you are struggling to get a word in.

Don’t be under the illusion that the job is in the bag and that the Talker is simply selling the position to you.  Chances are that the Talker won’t be making an informed choice based on your credentials and will end up hiring the idiot who was wearing the nicest tie for the role.

You owe it to yourself to demonstrate how your experience and qualifications are the perfect match for the role and not to leave it to chance.

I’ve been to an interview before where I felt like I was at a livestock auction and rather than a name I was simply a number.  There is nothing more disheartening when the interviewer greets you with, “You must be, erm (looks down at CV), Nathan, yes?”.

If the interviewer hasn’t bothered to learn your name, then chances are that they are not going to be familiar with what you have put in your CV.  It may be that they work for a department who are recruiting for multiple vacancies simultaneously and are a little unsure as to whom you are, or even what role you are applying for.

The way to manage the Lazy Interviewer is not to make any assumptions about the level of knowledge the individual possesses about the role or it’s primary function within the business.

Therefore, when referencing any achievements from your CV you will probably have to elaborate without sounding condescending.  And if you feel the interviewer just doesn’t really have a grip on the interview, ask politely if they’d like to reschedule.  At this point you haven’t got anything to lose as the alternative is to give the interview up as a bad experience and move on.

An antiquated approach from some interviewers is to create a tense, almost combative atmosphere.  This is where the Sergeant Major will demonstrate their true stripes.

If you notice that the interviewer is interrupting you midway through a response or openly contradicting you, this may well be a deliberate ploy to see how you cope in this type of pressurised scenario.

A fantastic way to deal with this is to have a glass of water to hand.  Taking a sip as you are asked an awkward question is a great ploy to pause to compose your thoughts and keep cool.

Remember that you are representing yourself and that you must stay focused and professional — even when the Sergeant Major is trying to get a reaction from you.

I know from interviewing a number of candidates in a single day that you need to allocate around 90 minutes for every hour slot you have put aside for interviews.  Obviously this is to cover for eventualities such as candidates arriving late and when you would like that extra 10 minutes to probe a good candidate.

Unfortunately you may find that inexperienced interviewers will look to see a candidate every hour and will probably end up falling behind and quickly realising they’ve bitten off more than they can chew.

If you are unlucky enough to have turned up to interview on time only to left waiting, you need to use the extra time to your advantage.  While you are waiting, you can go through your notes, skim through your CV and check that your appearance is sharp and tidy.

And even though you may be fuming inside, you need to ensure that you are gracious when you are finally seen by the recruiter and this should help improve your chances of clinching the role.

I mentioned in a previous blog that a few years back I tried to take a step back in my career after a painful redundancy.  Because the role was more junior than I was used to I was interviewed by somebody who was less experienced in marketing than I was.   I found myself in the unenviable position of explaining some of the marketing nuances on my CV that would have been unnecessary to somebody of more experience.

I ended up leading the interview feeling like I had given a lesson on the basics of marketing to a young executive.

Unless you can dumb yourself down and act out a level of naivety, there really isn’t a way to get any success out of an interview such as this and you may just have to walk away.  At the end of the day if the company has inexperienced interviewers, then is it really the business for you?

Thanks for reading and should you require any further help finding that next big move, or if you are looking to recruit, please don’t hesitate to get in touch with me here, or you can join the LinkedIn Response Knowledge Network here.

Otherwise feel free to get in touch with me personally, via Twitter or LinkedIn using the links below.

[…] maybe that is over-simplifying it, but if you can get into the mind of the interviewer and deduce exactly what will impress them, you will give yourself a much better chance of […]

I was once interviewed by 12 people they all sat in a semi circle around me it was most bizarre.I also at this interview made the mistake of annoying the HR manager. He asked me was I always as confident as I appeared? I replied that i had found that it helped when being interviewed for new job to be confident. I got laugh but after that he was gunning for me after that Yrs Andy H