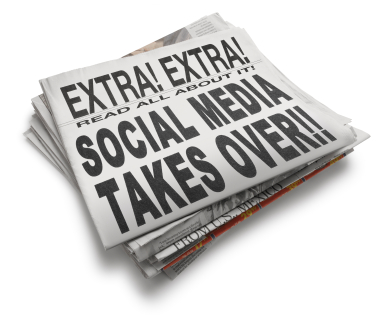 Cast your mind back to the days before the web, when searching for a job wasn’t quite so, erm, electronic?

Traditional methods of job hunting were slow and laborious, relying on the job pages of journals and newspapers, traipsing around recruitment agencies and posting off numerous CVs to potential employers and then very rarely hearing a dicky-bird back.

With the internet established, the game changer of job boards came along in the late Nineties to really set the proverbial cat amongst the pigeons.

And now, depending which so called social media expert you listen to, job boards are apparently being swiftly replaced by social technology, in the same way the web replaced printed ads.  The social evangelistas proclaim that it could happen any time now and unless you get involved you will soon be left behind!

But it does feel that the importance of aligning your recruitment and social media strategy has been stratospherically hyped out of all importance, especially when you listen to vendors like JobVite and Bersin.

Depending whose numbers you believe; JobVite claim that 16% of all recent job hunters have used social media to find a job, whereas Bersin quote a slightly more conservative 10%.

Who knows if their figures have any validity, but our candidate traffic suggests that the job hunters out there still have job boards and not social networks front of mind when searching for their next move.

And although we still think of social networking as new-fangled, in reality, LinkedIn is nearly 10 years old, Facebook nearly 8 and Twitter is 5.

So why has it taken this long for social networking to have an impact on the job searching behaviour of candidates and are job boards really on the decline?  Take Jobsite as an example of an online job board that continues to have great success.  Following their January 2011 advertising campaign they produced some impressive monthly figures:

Does that sound like a struggling Job Board worried about the social networking giants stealing all their business?

Far from competing with them, the reality is that successful job boards’ inbound marketing strategies embrace the use of Facebook, Twitter and Linkedin and other social platforms.

And, to modernize a Mark Twain quote, reports of the death of Job Boards are greatly exaggerated.

Thanks for reading and if you need any assistance in the recruitment process, please don’t hesitate to get in touch with us here, or you can join the LinkedIn Response Knowledge Network here.