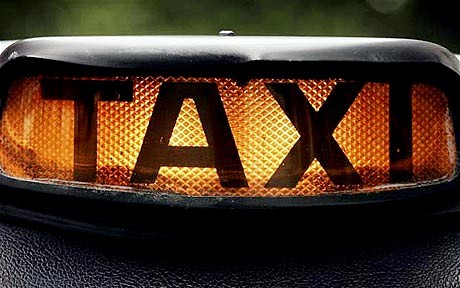 We are in the final straight.  Its week 10 and only 7 remain to fight it out for the Lord’s quarter of a million pound investment.

This week the teams are tasked with coming up with some high end deals that can go on the London daily deals website Keynoir for 24 hours.  The team that sells the most wins and on the losing side, well I think you know by now.

Leading Sterling this week is Stephen.  Stephen survived by the skin of his teeth last week when he threw down the gauntlet to the Lord and said he would guarantee to deliver a win this week if he lead a task.  A bold statement.  Let’s hope it comes back to bite him on his les fesses, which is in no way French for backside.  Stephen is joined in Sterling by Gabrielle and Ricky.

Leading Phoenix is one of only two ladies left in the process’ Jade ‘Carol Thatcher’ Nash, who has Tom, Nick and not in any way out of his depth Adam in her corner.

The Salad Of John And Yoko

We see pictures of Nick fretting in the back of the taxi, already feeling the heat before the task has even commenced.  He must know his days are numbered.

Stephen is going to wow everyone with a mind blowing strategy.  Remembering that the winners of this week’s task will be the team that delivers the most deals, well Stephen’s strategy is to deliver the most deals.  Genius.

I think his tactics must also include the continuation of belittling Gabrielle, who he patronises with “some things are beyond her” and that he needs to “keep her on a tight leash”.  How Gabrielle hasn’t punched Inspector Gadget in the throat is beyond me.

They head to a dentist where they clinch some deals for teeth whitening.  I’m guessing they thought high-end meant simply securing deals on the 2nd floor of a building?  Cos, this really isn’t high-end fodder.

Ricky is left to fend for himself and wants to visit lots of clients rather than spend the 3 hours it would take to get to and from the arranged spa deal in Tring.  I’m guessing though that the Producers of the show have laid on the Tring visit as a bit of a tester.  After a lot of ‘umming’ and ‘arring’ from Stephen, Ricky gets his way.

Unfortunately Ricky’s first foray into negotiating doesn’t quite go to plan.  He spends loads of time on a restaurant tour, eats a few scallops and then finds out from that they don’t discount.  I can’t imagine Alan will be too impressed!

Jade and Nick in team Phoenix are trying to convince a bunch of stoic middle-aged women that it’s a fine idea to discount their spa treatment at the Sanctuary.  Nick has been ordered to keep schtum whilst Jade does all the talking.  He’s chomping at the bit to join in and luckily just as it looks like the deal isn’t going to happen, he steps in to clinch a 50% reduction on a £200 treatment.

Adam and Tom have stopped their alcohol induced giggling from last week and are trying to clinch a dinner deal which is taking far too long.  They finally bag a 35% discount after hapless Adam says free tea & coffee so many times that the restaurateurs can do nothing but give in.

Jade rings a brothel by mistake, she claims, and we see Adam discussing how the lads enjoy bowling alleys and ice rinks, but perhaps they wouldn’t be right for this task.  Well done Sherlock!

In one of the most stomach churning moments in Apprentice history, we see the sight of tiny Garra Rufa fish nibbling the hirsute feet of moronic Stephen.  Flesh eating fish is about as high end as teeth whitening.  I’m beginning to wonder if Stephen’s team got a different brief to the other team?

Everybody’s Trying To Be My Baby Bel

Jade and Nick’s next appointment is with the melancholic greasy haired celebrity chef Marcus Wareing.  They don’t do themselves any favours though; failing to be prepared and failing to use the calculator in a calculator type way.  After an initial cock-up, he gives them a second shot at it and they clinch a decent deal.

Oh how funny, Ricky ‘he’s into superstition’ Martin is eating more Scallops.  Are we supposed to believe that none of the restaurants were given a knowing wink by The Apprentice producers?

In the final runaround, Adam and Joe, sorry Adam and Tom, have secured an incredible deal on candles, yes, you heard me right, candles.  Tom’s Olympic torch seems to have gone out a couple of weeks ago and I’m not sure he’ll get to the final let alone win it at this rate.  He looks a bit, shall we say, disinterested with the whole process.

Over in the unscrupilious world of Stephen, and Stephen is feeling the heat, feeling the pressure so to speak.  From opening up the morning saying he was positive, buzzing and ready to give 110% (who was he trying to convince?), he has now decided he has give 100%, 10% down on what he promised.

The teams hand over their findings to the panel of Keynoir, who will pick the best deals to go on their website.  The deals will go live for 24 hours and the team that sells the most, oh wait I’ve already done that bit.

The magnificient 7 take a seat in front of Alan, Karen and Nick to find out who has sold what and how many.

Stephen is praised by the Lord for his strategy.  Oh come on Alan, play the game and detest Stephen like the rest of us.

As we expected, Ricky gets lambasted for his tour of the restaurant.  Really the team should have pre-qualified the restaurant and not just presumed that they would know what a daily deal’s website was all about.

Jade and Nick clinched a deal everywhere they went, although the other half of their team, Adam and Tom came up woefully short this week, continuing their stag-do lackadaisical output from last week.

In the final reckoning Keynoir plumped for 3 of team Stephen’s 9 deals and just 2 of team Jades 6 on offer.

For team Jade, Keynoir chose the Marcus Wareing and the spa treatment at the Sanctuary, meaning Adam and Tom contributed nada, nothing, zilch.

Lucky for Adam and Tom; the two deals that Jade and Nick secured bring in a staggering £14k, blowing team Stephen’s paltry £6k out of the window.

Somehow I’m guessing that in exchange for a bit of product placement that the Beeb will have got those expensive afternoon teas for free.

Its café time and Stephen is taking the brunt of the blame.  How very altruistic of him.  I’m sure that altruistic approach will be continued as a pig flies past the boardroom.

And lo-and behold the real Slim Stephen stands up (metaphorically speaking) in the boardroom and starts blaming his colleagues for the failure of the task, choosing the Tring debacle as the prime reason.  Why didn’t you go yourself asks the Lord?  Stephen has no answer to that.

Mr Belisssimmo also talks to Gabrielle with so much distain that I’m beginning to dislike even more, if that is possible.  After barking ‘specifics’ at her last week, this week he says he admires her passion.  Condescending moron.

And when they are called back in to the boardroom after Karen, Al and Countdown Nick have a quick confab, Stephen continues to belittle Gabrielle, until Ricky ‘black cats and voodoo dolls’ Martin steps in and tells Stephen to button it.  Good man!

As with every week, the contestants have one last opportunity to pipe up to save their own skins.  Gabrielle, who looks defeated and forlorn, says something about being the most-rounded candidate, but I don’t think she even believes it.

Ricky says his business plan is the bomb, or words to that effect.  And Stephen mutters that, “….is that for you will get someone who will make mistakes…”.  I smell a double eviction looming.

First to step in the back of the black taxi is Gabrielle, who Al could spot was ready to go and points his finger accordingly.  Thankfully Stephen soon follows and takes his duplicitous, two-faced, misogynistic ways with him.

Ricky is fearing the worst and is close to tears.  Big Al teases him a little, but he escapes, but only just.

So, only a couple of weeks left and out of the final five my money is on Ricky to emerge victorious despite his close scrapes from the last few weeks.  Lets just hope his business plan doesn’t involve wrestling!

See you all again next week.

Fantastic review, where do they get these people from, more of a comedy show. If these are the cream of the crop then god help the rest of us looking for work!!! Keep it up