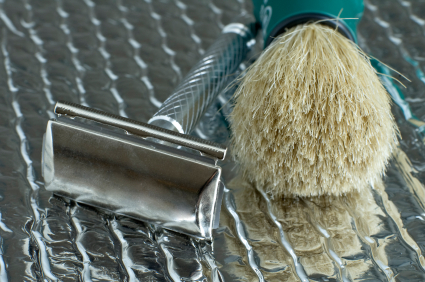 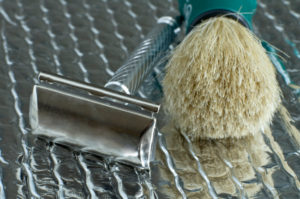 It’s hard to believe, but we are at round 11 of this year’s show and the final is just a few days away.

So, what has big Al got in store for the contestants this week?  The remaining 5 are beckoned to Burlington Arcade over in Mayfair, an original shopping centres, opened way back in 1819 and crammed full of expensive goodies.

Lord Sugar is primed ready to tell them that this week’s task is all about launching an affordable luxury product range and then pitching it to both the big Al and industry experts.

With this being the last team round before the final, none of the contestants want to slip up.  But before the final and those scary exaggerated interviews, the teams are slightly evened up with Tom joining Ricky in Sterling.

Ricky will be leading his team of two into battle, whereas Phoenix have the misfortune of having Colonel Adam choreographing both Nick and Jade.

So, what exciting luxury product ranges are the two teams going to plump for?

Team Tricky Ricky have taken a punt on male grooming products, which sounds dull, hopefully it won’t transpire that way.

Over in the A-team and Adam, Jade and Nick are dipping into the confectionary market to make some luxurious chocolate and the like.  Adam is already demonstrating his lack of business nous, getting over excited like he has drunk 14 litres of Kia-Ora.

He begins his team prep by telling Jade and Nick that they should go for “a bit of everything” and also asks his team member’s for “name, identity, logo, packaging, any ideas?”  It’s not looking good for the A-team with Adam at the helm.

When it comes to brand names, Adam wants to call the brand ‘lovely chocolate’, which sounds great but is instantly dismissed by the other two team members because it came from the brain of Adam.  In the end they plump for Jade’s ‘Sweet Thing’ idea, which is awful.

Oh look, Adam and Nick are scoffing chocolates whilst a shop owner looks on, slightly bewildered, like they weren’t invited.  The A team are asking him nothing about how to sell chocolate.  Instead they continue to scoff their faces, leaving Karren frowning in the corner with that usual look of disappointment etched across her noggin.

The shopkeeper casually mentions that jellies are currently doing well in the confectionary world and that’s now all Adam can think and talk about.  When he mentions jellies to Jade she foolishly mentions putting achohol into them and naming them Drunken Jellies, which is quite frankly awful.

Rickster and Tom are musing over names for their exciting range of male grooming potions.  They quickly rule out the slightly seedy sounding ‘Man’s Choice’ and replace it with the uninspiring “Modern Gentlemen’, which instantly conjeurs up images of Mr Chumley Warner from Harry Enfield.

Rickster heads over to the factory for the easier part of the task, trying out various creams for his ‘man’ range.  That leaves Tom to pick up 90% of the task with the branding, marketing, packaging, logo, etc……   I think Ricky should be picking up more of the slack.

Their whole concept is duller that a wet Monday in Morecambe.  Grey packaging with a dull name, an uninspiring logo; someone wake me up when they are done.

The teams get to mock up a shop and get some punters in to try their wares.  First up we see Ricky and Tom’s effort which they have hand painted in a Pantone known as ‘dull’.  It’s all so bland and sparse.  I know they are going for the minimalistic look, but they’ll be lucky if their punters don’t slip into a coma whilst browsing the aisles.

Over in the A-team and the chocolate shop couldn’t be more different.  Vibrant, full of colour and packed full with a random stock selection from hot chocolate on a stick to the drunken jellies.  They have also hired a cocktail bloke in the corner for that clichéd chocolate and booze thing that Adam is sure the ladies will love.

I doubt that either team will really gain anything from their mocked up shops.  It’ll be too late to really change anything for tomorrow’s pitches to the industry experts anyway.

That’s for the morning, but for now both teams head back to the London pad for drinks and rehearsing.

Awaiting the two teams in the morning are the good people of Debenhams, House of Fraser, the fantastic chocolatiers of Green & Black’s and Bulldog, an award winning male grooming company who I’m also a big fan of.

Modern Gentlemen step up to the plate first and Ricky delivers an excellent presentation with Tom not really contributing a fat lot.  They go down extremely well, although the panel agree their products are rubbish.

In perhaps the most jaw-dropping moment of the entire series, we see that Adam has written notes on his hand.  How is expecting to subtly refer to them?  Let’s see shall we?  He has adopted the cough and glance method which goes down about with the panel about as well as Jeremy Clarkson at a Greenpeace rally.

The A-team’s pitch is terrible.  There mishmash product selection has done them no favours and big Al is on hand to pick holes in the finances, which was nice of him.

Adam has royally screwed up.

Barrel of a Gun

The remaining five head back to face the firing squad in the boardroom.

Team Rickstar’s Modern Gentlemen brand is the first to come under scrutiny from the Lord and his disciples.  Sith Sugar liked the presentation which was excellent, but like the rest of us, thought the product design wasn’t up to much.

The A-team get slightly more mud pelted in their general direction.  First to fling is Karren who takes a shot at the lads for going along to the sweetie shop only to scoff their own body weights in chocolate, forgetting why they were there.

Karren also thinks that Jade’s idea of ‘Sweet Things’ was stronger than any of the concepts the lads came up with, which was poppycock!  Adam came up with the brilliant, ‘lovely chocolate’, which they could have done so much more with.

Lord Alan Sugar basically tells us what we already knew; that the A-team’s presentations were embarrassing and that their product selection was confusing.

And so the A-team lose.  Unfortunately, there is no dramatic bit where they head to a barn and attach big guns to their GMC Vandura van to take out team Rickster.

Unbelieveably we are supposed to swallow that the final is actually only a few days away, despite the fact that the show was filmed way back at the tail end of 2011.  And because of this the winning team are told that there is to be no prize of painting whilst driving a Porsche, and instead they should just trudge back to the Apprentice pad.

Shouldn’t Have Done That

Over to the café for some tea stirring and soul searching.  We see a shot of Adam outside telling the camera that there is no way on this planet that he is going to be the one being fired.  I think we know what is likely to happen with that little set-up?

The losing trio return to the boardroom and Adam is immediately in the lord’s firing line for his lack of strategy, pricing policy, poor product selection, and abysmal presentation.

Adam tries to deflect any blame for the failure of the task on to Jade’s shoulders, which was a bad move.  Jade is quick to point out that she contributed more to this task than her other two team members and that maybe Alan should have a look at Nick.

And so on to Nick, who has sailed through this process and rarely finds himself in the losing side.  He was pretty poor this week though.  Alan points out that Nick should have really stamped his authority on the task and imposed his hot chocolate idea a little more vermantely.  Nick does after all own a coffee shop, so he would have had some great insight into the market.  But I reckon he wanted Adam to fail and was just giving him a helping hand towards the pit of failure.

So, over to the Lord to make the decision.  And despite commending Adam on his enthuastic approach to the tasks, his business capability let him down and he is eliminated from the process.

Although Adam was the imbodement of a sexist sitcom character from the Seventies, he was a damn good sales man.  He was never likely to win, but Adam was far better than some of the drones that went early doors in the process.  He was also extremely funny, which he demonstrated quite admirably by putting Ruby Wax in her place over on ‘You’re Fired’ on BBC2.  Oh and he once appeared on the BBC’s Wipeout, which you can see here.

So, we are down to the final 4 and we only have to wait till Sunday for the final.  That does unfortunately mean that I will be writing and posting the Apprentice final blog on Bank Holiday Monday, but eh, it’s bound to rain anyway so at least I’ll have something to occupy my time.

Thanks for reading and join me on Monday 4th June to read my final review of the series.