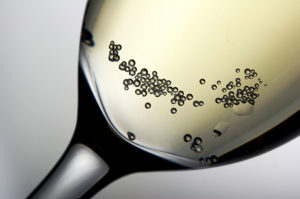 Welcome to week 9 and the final 8 are awoken with the larks and head to St Pancreas station, home of Europe’s longest champagne bar, which is supposed to be impressive apparently.

Anyway, the team’s task this week is to bring British sparkling wine to the forefront of the nation’s psyche. Good luck with that, because the French’s efforts with all that champagne malarkey has obviously flopped.

They’ll have to present a website and branded video to a load of wine toffs who are flying the flag for British wine.

This week Tom has stepped up to manage Phoenix after last week’s arty failure and Ricky is leading the troops over in Sterling.  Ricky brilliantly reassures his team that can win this week, and that the team should, “…forget that Tom knows wine, Nick knows websites and Jade knows advertising, cos’ we’re better than them”.

We didn’t have to wait long before Adam announces that he is once again out of his comfort zone.  In fact the only task that Adam was in the zone of comfort was when he got to stand on a market stall, like he does every other day of his life.

In the usual taxi shot; Tom is doing his best to explain to Adam the rudimentary basics of marketing branding, which doesn’t seem to be sinking in.  Champagne is a brand name for sparkling wine, explains Tom.  “Oh, like Hoover?”  Yes Adam, that’ll do.

In taxi b, Stephen is coming out with the usual diatribe of nonsense.  When asked to come up with a brand name for the English wine, Stephen comes up with the massively racist sounding, “Chink”, followed by “Grandeur” which is about as English as Napoléon Bonaparte, l’idiot.

The teams split up to carry out the various tasks.  Predictably, Tom heads off to sample some plonk with Adam, who you suspect might not be an old hand at wine tasting.

But hold on, Adam is swirling his glass and sniffing the aromas like a pro and Karen looks inquisitive as he delivers his summary.  “It smells like Christmas cake”, he exclaims.  Brilliant isn’t he, he never lets you down and Karen looks like someone has just let off a stink bomb.

Wine buff Tom is as happy as a pig in muck.  It’s another week where he can show his expertise, but has he learnt from last week where he showed off a little too much about all things graffiti?

Tesco is the destination for Ricky’s sub-team; Stephen and Gabrielle.  Who for some bizarre reason expect to learn all about British sparkling wines in a generic supermarket.  I think Gabrielle is there just to look at design and get a few ideas, whereas Stephen is looking for the sommelier and the fine wine section and leaves disappointed.

Nick and Jade on team Tom have headed to the marketing agency and have devised, “ESW”, English Sparkling Wine, for the label, zzzzz….

Oh sorry, a bit of snooze there.  Stephen and Gabrielle are at the same marketing agency and are still flogging the “Grandeur” brand name.  The penny isn’t dropping that the name might be slightly erm, French sounding?

Over at the stag do in Surrey and Tom and Adam are consuming that much fizz that they are slurring their words and giggling like a couple of embarrassed geisha girls.

I don’t think it really matters how many times Ricky reemphasizes about the video to Jenna and Stephen that it should be neither gimmicky nor humorous, because we all know it’s going to be lousy.

At the video shoot Jenna tells one of the cast to pretend he is Basil Fawlty, and so it was foretold that the video was awful and tacky and everything that Ricky predicted in the stars came true.

Over at team Tom’s video shoot and Adam is choreographing the cast in his video shoot which looks about as inspirational as a librarian’s leaving do at a Yates’ wine bar.

He’s choreographing his cast (choreographing in Adam’s befuddled mind meaning the same as directing) to hold their wine glasses like pompous wine buffs and the video is likely to have all the pizzazz of a potato.

Tom and Nick balls up the website and then Tom heads to look at Adam and Jade’s snoozefest video.  I don’t think his sleepy eyes are impressed with the ‘choreography’.

Ricky turns up all excited to look at what Stephen and Jenna have cooked up on film.  He is hiding his emotions really well.  How anyone could watch this without a little bit of sick coming up is beyond me.

I think it’s safe to say we haven’t witnessed two worse videos in the history of this programme.

Somehow the teams have to present all this garbage to the wine buffs.  Ricky kicks things off with a slick presentation.

The wine snobs ask the team about the use of the strapline, “Less fizz, more sparkle” and Stephen coughs out the word ‘subliminal’ and gets away with it.  They are not quite so lucky with the line, “oozing class from every pore”.  How exactly do you ooze wine?

Ricky nervously clicks play on the video and on comes bridezilla moaning about why she is being served this cheap Tete de Cuvee, when there is the option for British sparkling wine.  Really?  They really thought that would hit the spot?  The wine connoisseurs pull faces that could only be changed by a decent haemorrhoid cream.

Team Tom step up to present.  Their video is so utterly dull that it nearly sends the wine bores into a coma and they berate the website for missing the mark.  On the plus side though, the social media interaction ideas were pretty good.

In case French isn’t your mother tongue, we are now in the Boardroom where Tom gets a slap on the back for being a good leader, although he was smashed for one of those days.  Alan isn’t impressed by their dull video or their website which he says should be found at www.yawn.com, seriously who writes his lines?

Ricky is getting a shot in early about the task being David vs. Goliath, giving the respective strengths of the two teams.  That hasn’t been met with any positive noises from the lord either.

Surely Stephen should get sacked this week for choosing a French brand name for a very British product?  Ricky admirably tries to defend Stephen by saying that ‘Grandeur’ does have a bit of a French connotation, which is a bit like saying that Nazi German was a bit evil.

Ricky’s video is met with another killer comedic line from Alan, when he says, “Well, Spielberg can rest easy.”

In the final reckoning both team’s efforts were awful, but it’s team Ricky’s video that cost them dearly, meaning that either Jenna or Stephen will be for the chop.

Tom’s win almost won by default really.  And its another week where they seem to be getting the prizes from Poundland as they get to share a hot tub, how utterly inspirational.

Over in cafe failure, Stephen is showing his first bit of honesty in about 8 weeks when he says that he was probably to blame as much as anyone for the failure of the task.  Really, you think Stephen?  At what point did you think ‘Grandeur’ was any good and you could have stepped in and stopped Jenna from making that video.

For some reason they are blaming the failure of the video on it being too funny.  I must have missed something.

Back in the boardroom and Gabrielle seems to have escaped this week due to her clever wine flute design that incorporated an English rose.  I think she may well be the final female in the show, although it is slim pickings to be fair.

Gabrielle, having been lambasted by Stephen, retaliates by basically picking holes in Stephen’s performance, at which point Stephen says “specifics Gabrielle”, despite the fact that is exactly what Gabrielle is doing.

Ricky chooses Jenna and Stephen to come back and battle it out in the final three.

Ricky is safe, quite simple.  I think he will get close to the final, depending obviously on the strength of his business plan.  That leaves Jenna and Stephen the buffoon.

Jenna stakes her claim to stay by saying she is a risk taker.  Unfortunately this week’s risk was to make a terrible abomination of a video and I think she is stupidly shouldering too much of the blame.

Stephen is wheedling out of getting fired by playing the, “I’ll be team leader next week” card.  Oh no, Alan has swallowed it and hapless Stephen survives.

That means Jenna is fired and heads home in the black cab.  She wasn’t great this week, but a tad unlucky given how woeful Stephen was.

With Stephen being team leader next week, we can only hope that he gets the boot.  After all, as the great Roman philosophy Marcus Tullius Cicero wrote, ‘any man can make mistakes, but only an idiot persists in his error.’

Thanks for reading, see you next week.