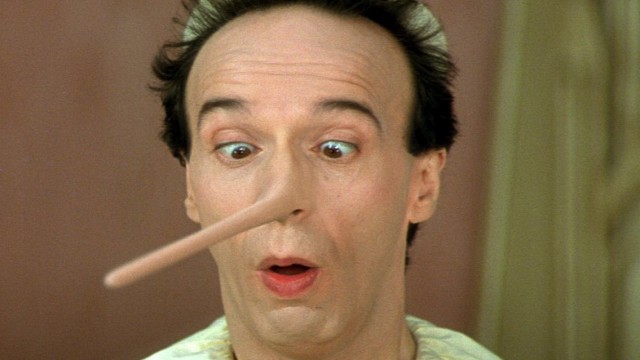 Stretching the truth on a CV is unfortunately considered the norm within the recruitment industry with an estimated 50% of candidates admitting to fibbing or blatantly lying on their CVs.

And whilst the majority of most people’s CV embellishments will go undetected, Yahoo’s CEO Scott Thomson was less fortunate when he got caught misrepresenting his credentials.

Yahoo poached Mr Thomson from Ebay, but failed to notice the fictional degrees he had detailed on his CV.  As a result of his CV ‘amplification’, he was ousted from the top job at Yahoo after barely 2 months and received no severance pay as a result.

Why do people lie on a CV?  CV tweaking is at an all-time high

Mr Thomson isn’t alone.  As detailed by the Liar’s Index website, fabrications on executives CVs are at an all-time high.  According to the website, “For the second half of 2011 the level of cases where education data had been fudged reached 27%, a new record, and the two-year running average also has reached a new peak, at 21%.”

And according to a recent survey conducted by Forensic Psychology, around 31% admitted to lying on a CV, whereas research by Jobacle thought that number could be as high as 43%.  Back in 2004, the outplacement firm Challenger, Gray & Christmas reviewed 249,000 CVs and found discrepancies on 52% of them.

Why do people lie on a CV?  The Biggest CV whoppers

What do people lie about on their CVs?  The same research by Challenger, Gray & Christmas outlined the five biggest things that people are likely to embellish on a CV:

Why do people lie on a CV?  Companies are clamping down

Although lying on your CV may seem harmless, be warned that in the eyes of the law it will be seen as committing fraud by false representation and remarkably carries a maximum penalty of ten years in prison under the Fraud Act of 2006.

And it isn’t just CEOs of multi-billion dollar businesses who are being found out for exaggerating their CVs.  Back in 2010, Rhiannon Mackay was sacked from her NHS job and jailed for 6 months for lying on her CV that she had A-levels, when in reality she had nothing of the sort.

According to a survey conducted by the Liar’s index, a massive 95% of companies would pass over a candidate who had falsified their educational achievements.  And around 80% of respondents wouldn’t even bother seeing a candidate, who had lied about jobs or titles.

Why do people lie on a CV?  Why is this lying happening?

Something that is worryingly growing in popularity is the popularity in people using websites to get instant degrees.  This can bought for less than the cost of a decent meal at a restaurant, but apart from giving you the pretentious option of writing a couple of letters after your name, these degrees are completely worthless and won’t be taken seriously by recruiters.

And with most businesses digging around for further candidate info through Google and social networks, any interviewer worth their salt will be able to pick holes in a CV full of bull,blarney and pseudo-degrees.

Let’s say that you lie on a CV that you are an Excel guru.  And on day one of a new job, your boss gives you a complicated task involving macros or migration.  Because you over-stated your Excel skills on your CV you get stuck and have no choice but to cry for help.

You now have to admit on your first day in a new job that you did lie on a CV which isn’t going to go down well with your new boss or the company.

Why do people lie on a CV?  As a company, what can you do to help avoid CV fraud?